Jazz vocalist and Frank Sinatra vocalist-impersonator, Michael Mirand has been performing throughout North America from Southern Florida, up the East Coast, to as far West as British Columbia, Canada, and all points in between. Be it with his pallies "Dean" and "Sammy," his "Sounds of Sinatra" solo show, fronting big bands, or working with jazz ensembles, people agree. "He is the real deal!"

Michael Mirand has also enjoyed a professional career acting in plays and movies, directing, and playwriting. He has recorded a number of CD's, some including his original compositions.

Michael thoroughly enjoys performing Frank Sinatra with "The Pack Is Back" or his "Sounds of Sinatra Show," in concert halls, theatres, clubs, corporate and private receptions, fund raisers, festivals, parks, or anywhere he is in demand. 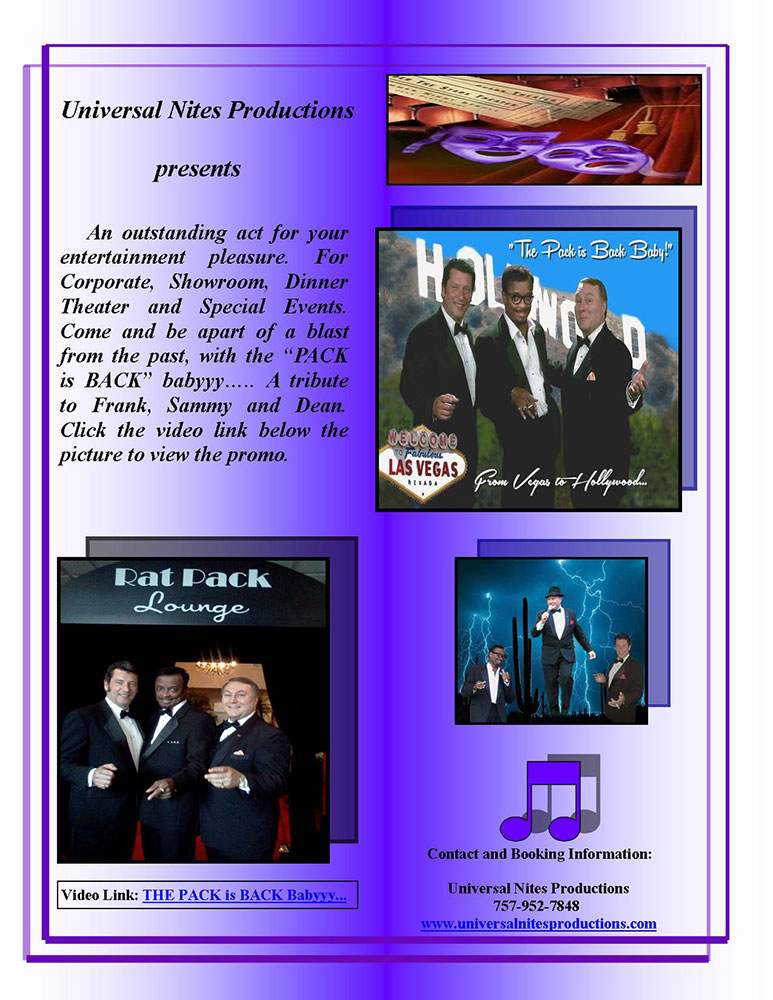